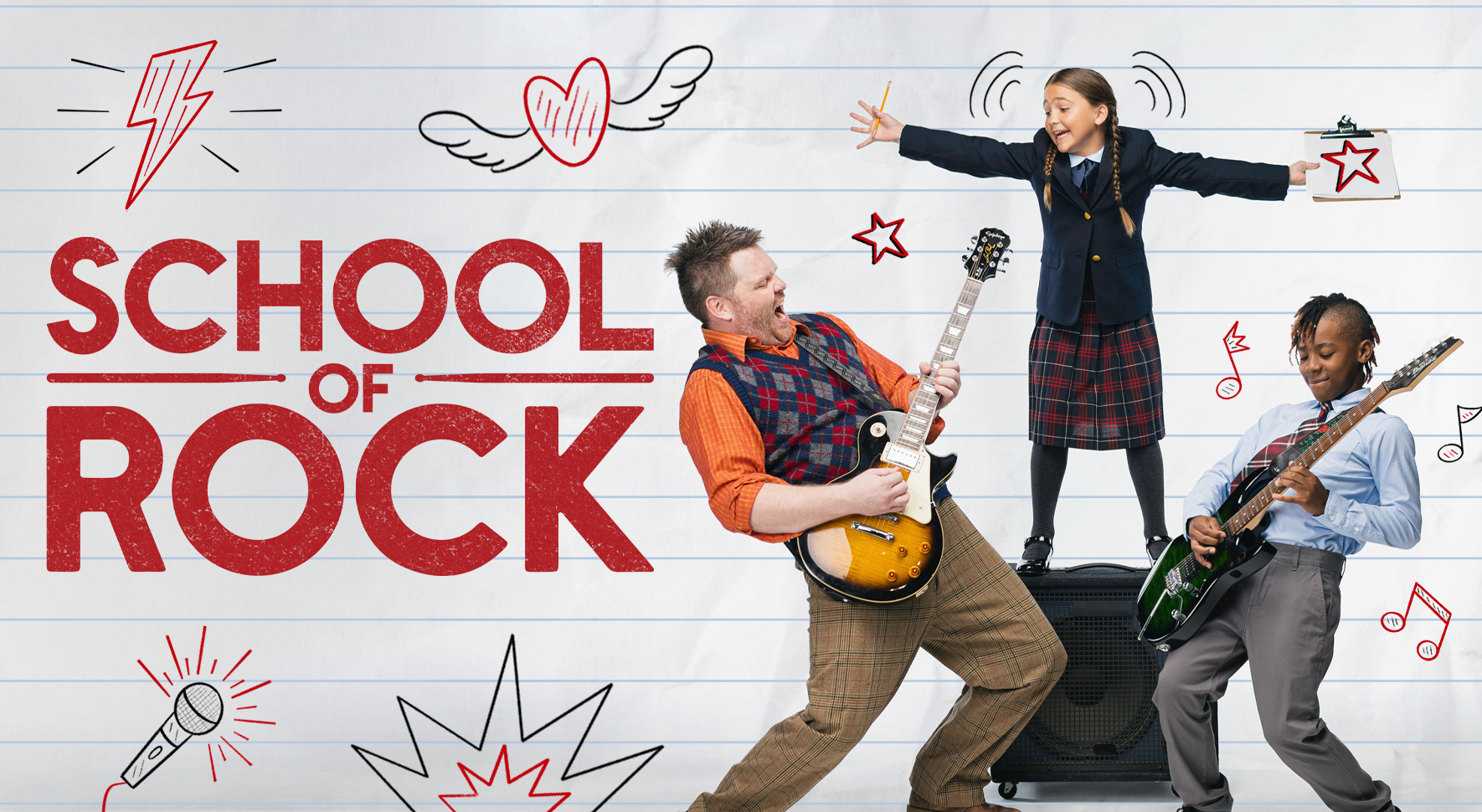 A middle-aged wannabe rock star lands a new gig as a substitute teacher at a prestigious prep school, where he transforms a group of straight-A students into a face-melting rock band. Based on the hit movie starring Jack Black, School of Rock features a cast of young rock stars who act, sing and perform all of the show’s rock instrumentals live on stage.

About the authors: Julian Fellowes, actor, writer, director, and producer, was educated at Ampleforth, Magdalene College, Cambridge and The Webber Douglas Academy of Dramatic Art. Fellowes has received numerous accolades for his work. He wrote the book of the stage musical of Mary Poppins for Cameron Mackintosh and Disney, the recipient of various prizes and nominations, including the Variety Club Award for Best Musical, which ran for six years on Broadway. He also wrote the book for School of Rock for Andrew Lloyd Webber, which became a film and award-winning hit musical that premiered on Broadway in 2015 and has since been seen on stages around the globe. Click here to read more.

Andrew Lloyd Webber is the composer of some of the world’s best-known musicals, including Cats, Evita, Joseph and the Amazing Technicolor Dreamcoat, Jesus Christ Superstar, The Phantom of the Opera and Sunset Boulevard. Webber has achieved EGOT status as a composer and producer by receiving an Emmy, four Grammys, including Best Contemporary Classical Composition for Requiem, his setting of the Latin Requiem mass, an Oscar and eight Tony Awards, including the 2018 Special Tony for Lifetime Achievement in the Theatre. Click here to read more.

This show is now closed.

This show is now closed.