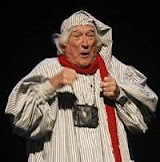 The Omaha Community Playhouse family was deeply saddened late Tuesday to learn of the death of Dick Boyd, a beloved icon of our theater community. Boyd originated the role of Scrooge in the Playhouse’s annual production of “A Christmas Carol.” For 30 years – 1976 through 2005 – Boyd played Scrooge for 818 performances, to a total audience of 442,855 people.

He never missed a performance. Not for ice or snow or flu or knee replacements. It became the longest run in Omaha theatrical history. Charles Jones, former OCP executive director, cast Boyd for what was planned to be a one-year run. The show proved so popular it has become an annual tradition for many area families.

“For Charles, it was very important the role be played as a real, dimensional person and not a caricature,” Jones’ late widow, Eleanor, said in 2005. “He never goes onstage that it’s not fresh and real and new for him.”

Boyd, 98, was born in Nebraska City. He wed Miriam Hieronymus, daughter of the former president of Midland College in Fremont, Neb., in 1950. She preceded him in death in November 2017. They had four children, Richard, Carol, Lynne and Ann. When Miriam tired of missing her husband each holiday season, she joined the “Christmas Carol” cast for 17 years.

Dick Boyd served in the Army Air Corps and was a World War II veteran of the South Pacific. He earned a bachelor’s degree from Midland College and a master’s in education from the University of Nebraska-Lincoln. He taught middle-school language arts in Council Bluffs for 28 years. He was president of the Council Bluffs Education Association twice and won an outstanding teacher award in 1988.

He loved children. His favorite scene in “A Christmas Carol” was the one in which Scrooge chases youngsters out of his office. The show’s choreographer, Joanne Cady, said in 2005 that Boyd was great with the kids. “At the first cast meeting, he makes sure he goes to each new child, finds out their name. The past-year kids just run to hug him.”

Today thousands are remembering Dick Boyd as a kind, humble, gifted and generous man, onstage and off. All of us at the Playhouse send our deepest sympathies to his family, his stage family and his many friends and fans. 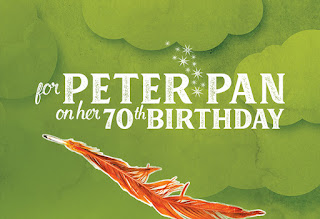 OCP announces cast of A Raisin in the Sun 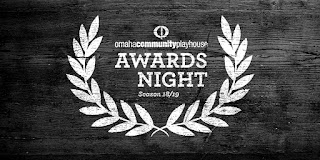