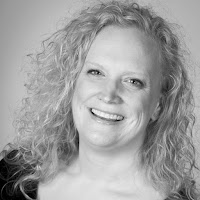 What OCP Means to Me

“As an actor, I enjoy being on stage for all sorts of reasons: telling stories, wearing the beautiful costumes, singing the powerful music, becoming a family with the people I share the stage with, and just getting to become another person for a few hours. All meaningful reasons, but ones that culminate to the most significant of all – affecting the audience in some way. Making them laugh, making them cry, making them think…just making them feel…something. My experience with Mamma Mia! and the audience reactions after the show have been quite a unique one. As much as I want to touch their hearts and give them a positive experience, they have been giving me just as much love back. And it has been positively overwhelming.

Our cast has been getting all sorts of incredible feedback in the receiving line after the show, and I wanted to share some of my favorite moments with you. Some people want to shake my hand, look me in the eye, and tell me just how much they enjoyed the show. Some people come up as excited groupies/fans and want their picture taken with the Dynamos (with disco points included, of course). They have huge smiles on their faces and sometimes even jump up and down and scream! Some people come up to me with tears in their eyes and share how much a particular song or scene moved them. And then they want a hug – it always brings me to tears as well. Every. Time.

There was one woman in her 50’s (I’m guessing) that said this was the first musical she had ever seen and that she was so glad it was this production. There have been many younger children coming through the line saying it was their first show as well…talk about feeling honored being part of their first experiences that may inspire them to see (or even be in) more!

Mamma Mia! certainly brings the die-hard fans, whether of the stage show, the movie, or ABBA in general, and I have been trying to remember some of the specific kind words we have heard through their hugs, giddy screams, and even tears. Here are just a few that I can remember:

“I have seen this show on three continents, and this is just as good as any I have seen.”

“I have seen this show ten times, and this one is my favorite!”

“I never need to see another version again. Nothing could be better than this.”

“You broke my heart.”

“I didn’t expect to feel so many emotions…”

“The storytelling in this production was just so much more than past ones I have seen.”

“I’m going to go home and dig out my ABBA soundtrack. It has been too long!”

“This was a better production than the Broadway one.”

“I’m hoping all three of you are best friends in real life, because you look like it on stage!”

Talk about bursting with pride to be part of a live experience that can create this many heartfelt, pure, and sincere reactions. I personally have never had this kind of feedback from an interaction with an audience. They have touched my heart, made me smile, just filled my soul, and yes, even made me cry, too. That’s what is so special about live theater – the giving and receiving between the performers and the audience. It can be touching, it can be loving, and even electric and wild. I will remember so much about my first experience on the mainstage here at the Omaha Community Playhouse, but what will remain in my heart forever is the impact our cast made on all the human souls that came expecting to have a good time with a jukebox ABBA musical, and left with so much more. As the show says:

“Thank you for the music, the songs I’m singing. Thanks for all the joy they’re bringing. Who can live without it, I ask in all honesty. What would life be? Without a song or dance what are we?

So I say thank you for the music, for giving it to me.”

Thank you, Sarah.  Thank you.

Would you like to continue to support the productions and programs of the Omaha Community Playhouse? Donate Now! Make your donation go further with your employer’s matching program!
What’s YOUR story? Do you have a story to share about how OCP has impacted you? If so, we’d love to hear it! E-mail Emily Andres, Development Director

Cast of Singin’ in the Rain 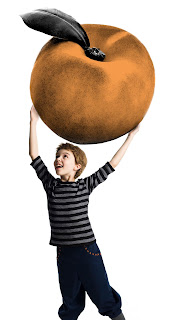